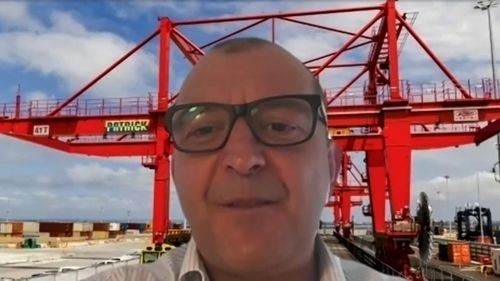 The Maritime Union of Australia (MUA) has launched industrial action at Patrick Terminals sites in Brisbane, Fremantle, Melbourne and Sydney. It is being reported today that Wharfies plan to strike in Sydney’s Port Botany next weekend and every Monday, Wednesday and Friday in Melbourne for the month of October.

Patrick Terminals CEO Michael Jovicic told the Channel 9 Today show that he had been in wage negotiations with MUA for the past 19 months. The union rejected the company’s latest pay offer of an increase of 2.5% for four years, Mr Jovicic said, adding that the discussions had “blown up” on Friday afternoon. “I received a whole bunch of notifications of industrial action, in particular for the Port of Melbourne,” he added.

The strikes will have ramifications for all Australians in the lead up to Christmas, given more than 40% of all containerised shipping freight comes through Patrick terminals. According to the company, they have been negotiating with the MUA since February 2020 and have held nearly seventy meetings to finalise a new enterprise agreement. They have received forty separate notifications just for Melbourne only, which will have the impact of rolling stoppages across the entire month of October.

Speaking to the Australian Financial Review, MUA deputy national secretary Will Tracey said Patrick was attempting to force through a range of changes to the existing workplace agreement that would leave workers worse off. Mr Tracey questioned whether port delays in Sydney had been caused by industrial action, saying the delays remained the same even after the union agreed to suspend strikes at the start of September.

The planned industrial action will also affect other cities as well as Melbourne, with 48-hour stoppages ahead of the long weekend in Fremantle and Sydney. The combined impact of COVID-19, peak season’s approach and the industrial action meant cargo delays were going to increase significantly.

As licensed Customs Brokers and International Freight Forwarders, Colless Young handles your shipping requirements economically and professionally. Based in Brisbane, we provide a complete range of import and export cargo services, both by air and sea, at all major Australian ports and airports. Call us for updates to shipping schedules and freight rates.