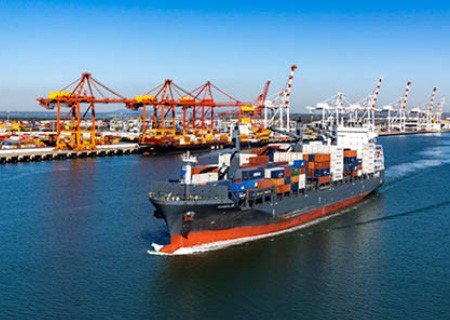 The Port of Brisbane Pty Ltd (PBPL) has released its 2020/21 Sustainability Report, in which it “reaffirm(s) its commitment to sustainability and outlining its progress on actions and initiatives during the year.” Key achievements included in the report are a record 1.49 million TEUs (shipping containers) handled and 29.3 million overall tonnes of trade. Readers who wish to download a copy of the report may do so at this link.

It is the first annual report issued by PBPL since saying farewell to its former CEO, Roy Cummins. While a global search continues to find his replacement, the interim CEO Neil Stephens paid tribute to Roy’s legacy as CEO which includes the $110m Port Drive Upgrade, construction of the $177m Brisbane International Cruise Terminal, and expansion of the industrial property at the facility.

Cummins, whose career has also included stints in ports in Russia and the Middle East, leaves with a good track record of achievement. But one job he would be disappointed in not seeing through was a dedicated rail link to the port as the final piece in the $12bn Inland Rail project.

First proposed more than a hundred years ago, the rail link remains incomplete, with container transport terminating at Acacia Ridge in Brisbane’s southern suburbs instead of continuing through to the port. Consequently, only 2% of freight to the Port of Brisbane currently goes by rail – a decline from the figure of 13% back in 2006.

The main purpose of Inland Rail was to get trucks off increasingly busy roads and make train transport a viable alternative for international cargo. Its lack of completion remains as our “missing link.”

As licensed Customs Brokers and International Freight Forwarders, Colless Young handles your shipping requirements economically and professionally. Based in Brisbane, we provide a complete range of import and export cargo services, both by air and sea, at all major Australian ports and airports. Call us for updates to shipping schedules and freight rates.