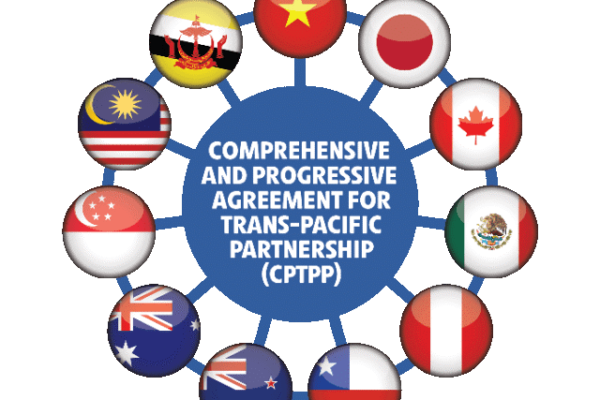 The CPTPP groups eleven Asia-Pacific countries in a trade bloc: Australia, Brunei, Canada, Chile, Japan, Malaysia, Mexico, New Zealand, Peru, Singapore and Vietnam. They will all now have to decide whether to allow China to join the pact. China is already the largest export market for most CPTPP members, making it likely they will come under significant pressure to support Beijing’s bid to become a member. Singapore and Malaysia have already indicated that they welcome China’s interest in joining the trade agreement.

China’s request for membership comes simultaneously with Taiwan’s formal bid and renews focus on regional trade agreements in which Beijing is active. A number of other countries, including South Korea, Indonesia and Thailand, have also expressed interest in joining the CPTPP, and Britain’s accession process is already underway.

Ironically, the TPP, which was the forerunner of this bloc, was originally negotiated by the Obama administration to deepen U.S. economic engagement in Asia-Pacific and counter China’s growing influence in the region. They saw it as a way to provide a channel for the U.S. to write the rules of global trade. The Trump administration, however, withdrew from the TPP and the remaining members forged ahead with the agreement, which was renamed the CPTPP.

The Biden Administration, despite its rhetoric that “America is back,” has not been able to conclude or even initiate any major international trade agreement in its first eight months in office. Moreover, domestic political considerations are likely to keep the U.S. from returning to the CPTPP anytime soon.

China now seeks to replace the U.S. as the economic hub of the agreement. Beijing, however, might have difficulty meeting the trade-liberalisation requirements of the CPTPP, although it has spent the past few months tearing down trade and investment barriers to make it easier to negotiate its entry to the trans-Pacific trade pact.

The Australian government has said China should not be considered for membership until it relaxes its punitive trade campaign against Australian exports. Individual members have veto power over new entrants.

Australia is therefore likely to be highly wary of Beijing’s bid to join the agreement.

As licensed Customs Brokers and International Freight Forwarders, Colless Young handles all your international trade and shipping requirements economically and professionally. We provide a complete range of import and export cargo services, both by air and sea, at all major Australian ports and airports.

Call us for shipping schedules and freight rates. 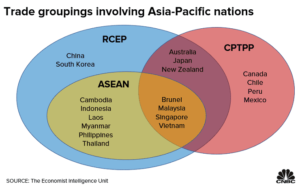