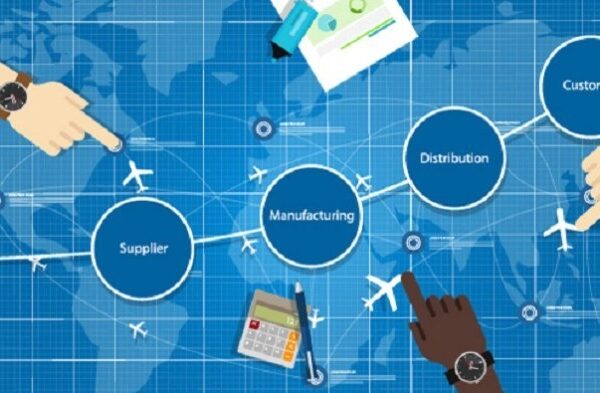 Until recently, the term ‘global supply chain’ was not commonly uttered by the average Australian citizen. Now the phrase tumbles from everyone’s lips, as even ABC TV’s News Breakfast show hosted a daily series on the subject over the past week to edify their viewers – some are expecting the expression ‘supply chain’ to become synonymous with the Grinch who steals Christmas.

Over the past couple of months, we have reported on the various factors contributing to the current weaknesses in the global supply chain. These include the Covid pandemic, a shortage of shipping containers, bottlenecks at shipping ports in the USA and Europe, union action at Australian wharves, and the worsening power crisis in China.

This last item is going to get a lot worse before it gets better. Why does China’s manufacturing capability concern us so much? Even though goods from China only represent about 30% of our imports in dollar terms, the simple fact is that ninety per cent of Australia’s merchandise imports are from China and, of those, 90% are elaborately-transformed manufactures. (Source: Parliament of Australia aph.gov.au).

A combination of factors is putting extreme pressure on China’s energy consumption. Their power crisis is expected to further disrupt supply chains, bringing longer lead times and a preference for high-value goods.

The CCP government’s emission targets play a large part in this. Since 2013, they have halved the number of coal mines and the staff who work in them. Rationing measures have limited many factories to fewer days of production. As China enters the winter season, when the general need for electricity increases, it is expected that the coal and power supply crunch will only get worse.

However, a secondary issue that has not been given equal prominence is the sharp change-around in supply and demand. During 2020, the pandemic caused a slowdown China’s exports, then suddenly in 2021 there was a surge in demand for their products. In dollar terms, their exports in June this year were 30% greater than June last year, in spite of all the obstacles. But by September 2021, factory output was cut by 40% due to a shortage of electricity.

What happens in the world’s second largest economy has global consequences. China’s production issues have led many businesses to relocate to other Asian countries, such as Vietnam and Indonesia, which could offset, at least to some extent, any decline in demand from China.

The ‘global supply chain’ includes every event that occurs from the time you place your order until you receive your cargo – and then get it out to your client – and they sell it to the final consumer. If you don’t have your Christmas stock ‘on the water’ during the coming month of November, you won’t see it until early next year. Even airfreight orders from this point onward will be touch-and-go.

We believe you should be aware of the problems so as to enable you to take mitigating action. Talk to us here at Colless Young for strategies and solutions. As licensed Customs Brokers and International Freight Forwarders, we offer professional service and advice on all your international trade and shipping requirements.

Colless Young provides a complete range of import and export logistics services, both air and sea cargo, at all major Australian ports and airports. Call us for updated shipping schedules and freight rates.