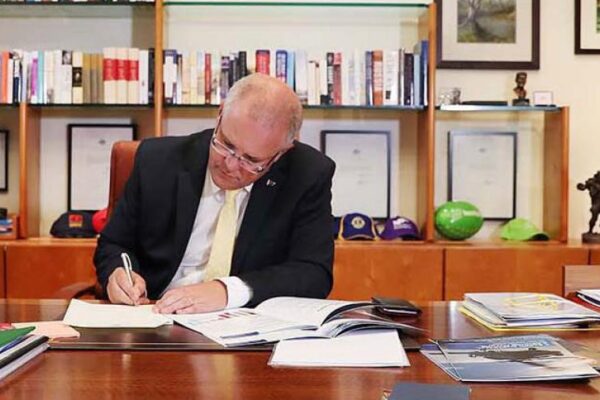 In a virtual presentation yesterday (30 November 2021) to the Australian Industry Group (AIG), the Prime Minister Scott Morrison announced an enquiry into the efficiency of our maritime logistics industry. He said that the key focus is on the flow of goods from overseas suppliers to Australian businesses and consumers.

A month ago we reported on the Australian Competition and Consumer Commission’s (ACCC) assertion that Australia’s freight system is in crisis.

The ACCC released a major report showing that extremely restrictive deals between port operators and the union were cutting into productivity along with the union’s industrial campaign, damaging other businesses further down the supply chain.

The Prime Minister said that, in light of the report, the government was examining broader issues associated with the relative productivity of Australian ports. He also foreshadowed a Productivity Commission inquiry into the efficient running of Australia’s ports, warning “inefficient ports are a tax on all of us”.

The PM said the government was keeping a close watch on the industrial action at Patrick Terminals, which has been paused until at least 10 December, noting it had the potential to disrupt economic activity in addition to COVID-19 related pressures globally, with global shipping costs remaining high.

In late October, Patrick asked the Fair Work Commission to tear up the enterprise agreement altogether on the basis it was unsustainable for its business. While it has committed to retaining some pay and holiday provisions on an interim basis, that would give Patrick a decisive upper hand in negotiations.

Australia’s ports face significant government intervention to end industrial action that could see goods and food imports locked up on docks ahead of Christmas if an agreement isn’t reached. If the strikes restart in December, the government would likely join Patrick to apply to the Fair Work Commission to bring an end to the dispute before Christmas.

The Maritime Union of Australia has been negotiating with Patrick, which is the largest port stevedoring firm in the country, on a new pay deal for almost a year. The process has seen repeated waves of legal industrial action that have contributed to periodic delays at its facilities.

Mr Morrison said it was clear competition, industrial relations and infrastructure constraints were among challenges to Australia’s maritime logistics, announcing Treasurer Josh Frydenberg would be shortly releasing the terms of reference for a Productivity Commission inquiry. He indicated that we will know the review’s findings by the mid-2022, (notably, likely post the next Federal election).

To read the full text of the PM’s virtual address made on 30 November, follow this LINK.

As licensed Customs Brokers and International Freight Forwarders, Colless Young offers professional service and advice on all your international cargo requirements. We provide a complete range of logistics services, both air and sea cargo, at all major Australian ports and airports. Call us for correct information about your imports and exports, including updated shipping schedules and freight rates.