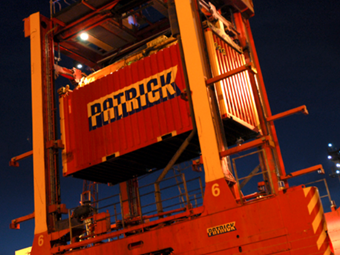 Leading container terminal operator Patrick Terminals has lodged an application with the industrial umpire, Fair Work Commission, to terminate its Enterprise Agreement with the Maritime Union of Australia (MUA), upping the ante in its long-running dispute with the union.

The agreement is no longer fit for purpose, as it contains a number of operational restrictions that have limited the ability of Patrick to meet customer requirements at a time of congestion in global supply chains, it says.

Patrick has been negotiating with its employees and the MUA since February 2020 to seek to address these restrictions and has held more than 70 meetings in pursuit of a new enterprise agreement.

The MUA has launched more than 220 industrial actions against Patrick Terminals nationally during the negotiation period. This has intensified recently with further action launched at all four of Patrick’s terminals in Sydney, Melbourne, Brisbane and Fremantle for the coming days and weeks.

Michael Jovicic, CEO Patrick Terminals has been quoted as saying: “Enough is enough. We have presented the MUA with an attractive national offer on top of their already very generous agreement including a 10% pay increase across four years coupled with protections addressing concerns over the use of casuals and job security.”

Patrick has offered the following to the MUA over the past 12 months:
• 2.5% year on year increase for four years
• Guaranteed job security with no forced redundancies
• Commitment to preserving jobs with a focus on permanent roles
• Caps on usage of casual labour

Patrick Terminals has guaranteed not to change leave entitlements, salaries and other rates of pay that are applicable under the Enterprise Agreement for employees for a period of 6 months from the date of any termination order, probably next year.

Patrick argues that the termination would enable it to operate more efficiently, with benefits for all participants in the import / export supply chain that depend on container stevedoring.

Patrick Terminals has requested an expedited hearing of this application with the Fair Work Commission.

As licensed Customs Brokers and International Freight Forwarders, Colless Young offers professional service and advice on all your international trade and shipping requirements. We provide a complete range of import and export cargo services, both by air and sea, at all major Australian ports and airports. Call us for shipping schedules and freight rates.