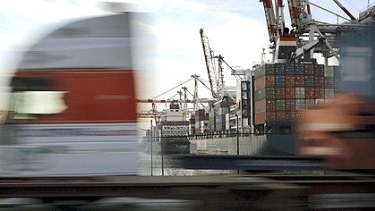 The Australian federal government has tightened rules for cargo handlers at our ports and airports, closing a loophole that allowed serious criminals to access secure areas and carry out â€˜inside jobs.â€™

The changes to eligibility criteria for people holding aviation or maritime security ID cards means people with criminal convictions will no longer be able to import illicit goods through airports, seaports or offshore facilities.

The newly introduced standards affect workers with access to secure areas of airports, including those handling freight, security guards and passenger screening officers.

They will also impact those with access to maritime security zones such as port, port facility or port service workers, stevedores, truck drivers, some seafarers and offshore oil and gas facility workers.

Home Affairs Minister Karen Andrews said on Monday that the government has made sensible changes to ensure that people with serious criminal convictions are ineligible to hold an ASIC or MSIC (identification card), thus delivering on a key recommendation of the National Ice Taskforce.

Further steps are being planned to ensure that applicants undergo criminal intelligence assessments as part of the background checks process, to weed out people with links to serious and organised crime groups.

Certain individuals and groups holding positions of trust at our airports and seaports have, up until now, abused that trust to import weapons, drugs, and other illicit substances into Australia. The idea is that workers with connections to organised crime will no longer be given unescorted access to runways and cargo ships.

As licensed Customs Brokers and International Freight Forwarders, Colless Young handles your import and export cargo needs securely and professionally. We provide a complete range of logistics services, for both air and sea freight, including movement of containers, warehousing and fumigation, at all major Australian ports and airports.